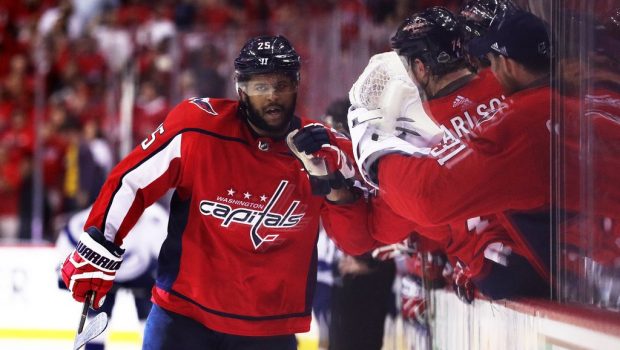 Alex Ovechkin, Tom Wilson and Brooks Orpik led the charge, throwing their bodies around all night. Tampa Bay got 31 saves from goaltender Andrei Vasilevskiy in another impressive showing but had no answer for the hit-everything-that-moves approach from a Washington team that was facing elimination at home.

Game 7 is scheduled for Wednesday night at Tampa Bay. The winner will face the Vegas Golden Knights, who are in the Stanley Cup finals in their first season.

The Capitals out-hit the Lightning, 39-19, and outshot them, 34-24, bruising and battering them all over the ice. Orpik separated Cedric Paquette from the puck twice on one shift. Ovechkin leveled the rookie Yanni Gourde, and Wilson was his usual self, dishing out a handful of crushing body checks.