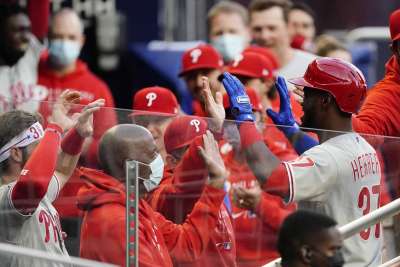 CAN’T CHEAP-ASS PHILS DO ANY BETTER THAN ODUBEL HERRERA IN CF?

Really, can’t the Phils do better in center field than this 30-year-old who has proven he can’t handle the job?

Or playing by the rules when it comes to women?

Herrera’s contract will be worth $1.75 million with another $750K in incentives, according to Matt Gelb of The Athletic.

A center field platoon with Matt Vierling appears to be in the cards.