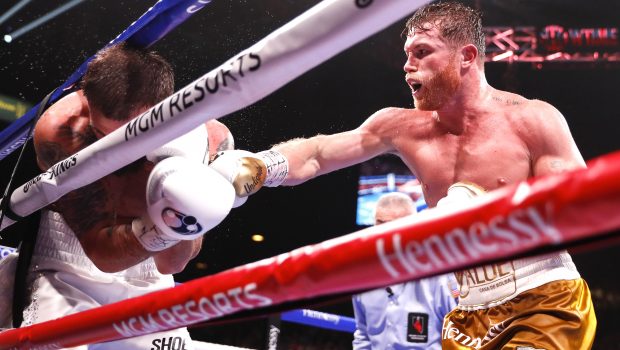 A left hook followed by a brutal right uppercut sent both of Plant’s gloves to the canvas in the penultimate round. He never recovered.

On unsteady legs, Plant (21-1, 12 KOs) attempted to escape danger, but Alvarez sensed the moment. He closed in with a barrage of shots that dropped Plant a second time as referee Russell Mora halted the bout at 1:05 of Round 11.