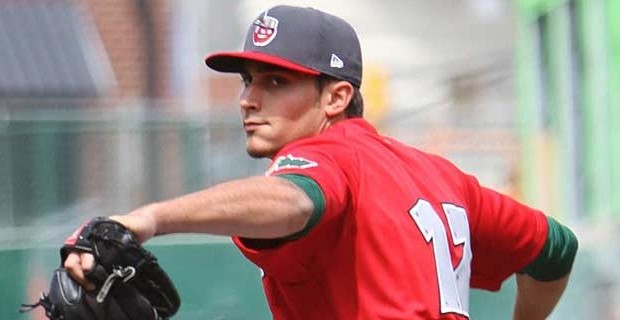 There are some Phillies fans who will never get over the trading of legendary shortstop Jimmy Rollins last December.

But the pitcher Philly got in return is starting to make some noise.

Zach Eflin pitched eight shutout innings in his second start of the season and first start in Reading to lead the Fightin Phils to a 6-0 win over the Richmond Flying Squirrels Sunday afternoon.

Eflin (2-0) also smacked a double in the bottom of the fourth inning.

Sunday’s attendance was 9,271 that made this weekend the largest attended opening weekend in franchise history with a total attendance of 24,558 (3 games).

The Fightin Phils (6-3) offense registered 10 hits throughout the afternoon as they jump-started the scoring in the bottom of the second inning against Matt Lujan. Gabriel Lino led off the inning with a double then scored on a RBI double from Harold Martinez to give the Fightin Phils a 1-0 lead.

Eflin threw 94 total pitches (71 strikes) in the longest outing of the season for any Fightin Phils pitcher. Ryan O’Sullivan tossed a scoreless top of the 9th to give Reading their first sweep of the season.