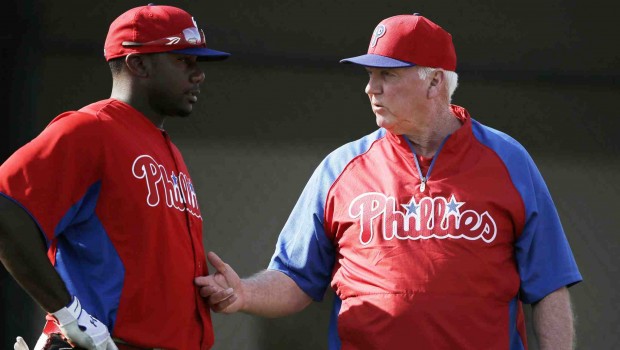 There is a familiar face in the Phillies’ Clearwater training camp:

Charlie Manuel, former manager of the team when it was one of the best teams in baseball during the period from 2007-to-2011.

He was fired in August 2013, a scapegoat for general manager Ruben Amaro’s inability to stock the team with talent.

But now he is back as a hitting instructor.

Jim Thome not only credits Manuel with improving his swing, but helping him believe he could be a successful hitter in the big leagues. Manuel made Thome feel good about himself, and Thome carried that confidence to the plate.

Perhaps Manuel can help Ryan Howard, whose production has been slipping for several seasons. The pair is working together this spring.

Manuel was reluctant to talk about Howard because he is sensitive to the fact he is a guest instructor and not the manager or hitting coach, but he said he hopes to help.

“I do that with everybody,” Manuel said. “I always talk about the positives. I always tell guys they can hit. Every one of these guys need it. Ryan has known me for a long time. I think he feels very comfortable around me. That’s good.”