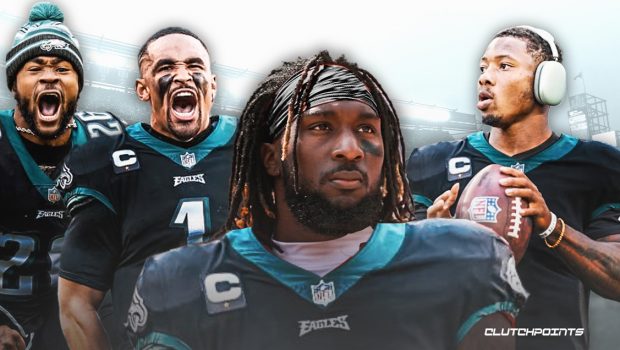 CAN TREY SERMON BE JORDAN HOWARD-LIKE 2-DOWN RB FOR EAGLES?

The Eagles claimed running back Trey Sermon off waivers from the 49ers.

It’s an ideal landing spot for Sermon, joining a run-heavy Eagles team that didn’t bring back Jordan Howard in the offseason and failed to really replace him with any other grinding two-down runner.

The 6-0, 216-pound Sermon hasn’t shown much of anything at the NFL level, but he’ll get an opportunity to carve out a role behind guys like Miles Sanders, Kenneth Gainwell, and Boston Scott.

Sermon, a 2021 third-round pick, struggled to get on the field in his rookie season and played just nine games. He was inactive for some of those, but also suffered an ankle injury on special teams. He wound up rushing for just 167 yards and a touchdown on 41 attempts.

This preseason didn’t show enough growth from the second-year back though. Sermon still looked heavy-footed and indecisive in his preseason touches and never had a breakout showing vs. opposing defenses.