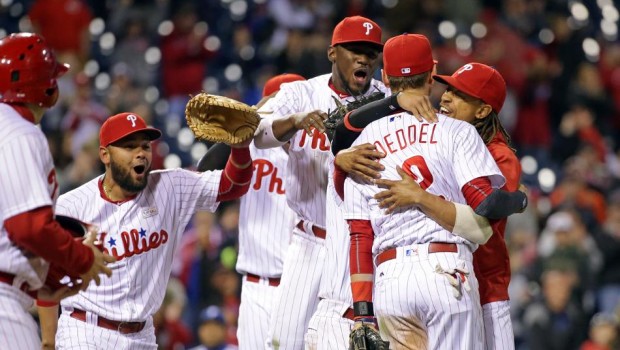 CAN 24-17 PHILLIES KEEP MAKING THEIR OWN LUCK? LET’S HOPE SO!

Are the 24-17 Phillies, who are only a half-game out of first in the NL East, the luckiest team in MLB?

Well, sometimes you make your own luck!

The “luckiest” team in baseball in 2015 was the Chicago Cubs, who finished seven games above their Pythagorean record. In 2014, it was the Cardinals and the Yankees, both also finishing seven games higher than expected.

Needless to say, this is totally unsustainable, in the extreme. The luckiest team in the past 10 years was the 2008 Angels squad which finished with a Pythagorean Luck number of 12. The Phillies are on pace — as much as anyone can be “on pace” with something like luck — to destroy that number. To put it simply: The Phils, so far, have been one of the luckiest teams in baseball history.