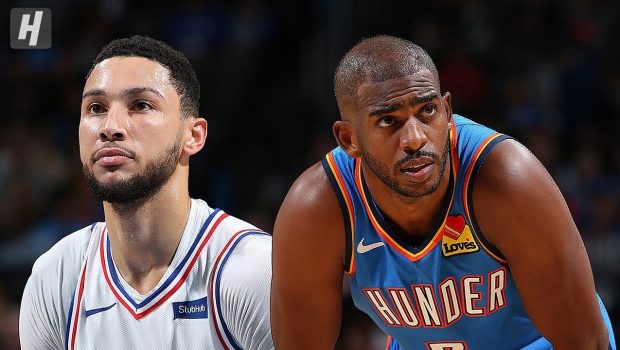 According to Kevin O’Connor of The Ringer, the Sixers are serious about the 35-year-old, who just led the Thunder to a Game 7 against his former team, the Houston Rockets, losing merely by a bucket.

Paul doesn’t have the dazzling end-to-end speed he once possessed, but he has mastered the art of the mid-range and can still get everywhere on the court at will. He also shot 36.5% from deep this season while averaging 17.6 points, 5.0 rebounds, and 6.7 assists for the most clutch team in the NBA.

General manager Elton Brand is still reeling from the result of adding Jimmy Butler and Tobias Harris last season to play next to core stars like Joel Embiid and Ben Simmons. After Butler left last offseason, Al Horford came aboard. Yet this star-packed roster has done little to prove itself worthy of being a championship contender.

If the Sixers are to foot the bill for an addition like Paul, they will have to make some big changes to their roster to facilitate the move.

Harris ($34.4 million in 2020-21) and Horford ($27.5 million) are prime trade candidates if the Sixers decide to go for broke and pair Paul with Embiid and Simmons, who would have to make a permanent move to the small or power forward position upon the veteran’s arrival.