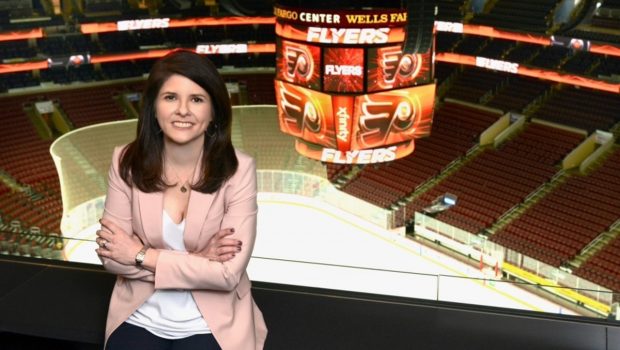 CAN SHE SKATE, SCORE? FLYERS REARRANGE DECK CHAIRS ON TITANIC!

Valerie Camillo has been promoted to president and CEO of Spectacor Sports and Entertainment.

Camillo is well attuned to Comcast Spectacor’s various sports and entertainment properties, having previously served as president of business operations for the Flyers and president of the Wells Fargo Center, the Flyers’ home arena.

This elevated role will see Camillo continue to be a leader in the business operations of the Flyers while also overseeing the $350 million transformation of the Wells Fargo Center.

Camillo will also serve as alternate governor of the Flyers.

Under the leadership of Camillo, Wells Fargo Center has undergone a transformation into a brand new facility through one of the most significant arena projects in the country, with the transformation set to come to completion in 2023.

We’d feel better about all this if she had a hockey background and could skate!