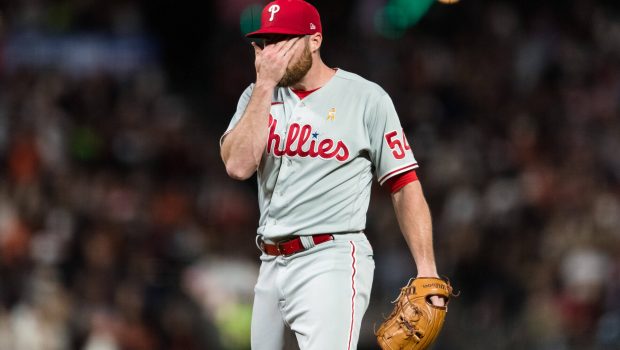 The Phillies pitchers have given up 40 runs in four games during this West Coast trip, the most in any four-game span since 2016.

The Phillies entered the weekend with a better than 85 percent chance to make the postseason — according to three different public projection models — and it means they can spend more time thinking about the bigger picture.

As The Athletic’s Matt Gelb wrote:

Maybe, if the standings were different, Zack Wheeler would be pitching through some elbow inflammation. But he is not. The Phillies are in a position to be conservative with their pitching decisions. They aren’t cocky about it; just realistic.

That does not lessen the importance of this month for specific pitchers.

The Phillies expect to have Wheeler and Aaron Nola in the first two games of a three-game series. That gives them a fighting chance — even on the road. Who would start a decisive Game 3?

Or, another way of phrasing it: Who will step up right now when the Phillies could use some competent starting pitching?