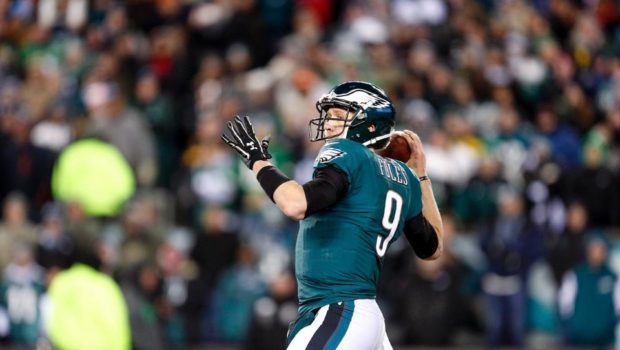 CAN NICKY NICE’S MAGIC SHOW UP IN EAGLES-PATS SUPE?

Will the Nick Foles we saw in the NFC championship game be the same guy to appear in the Super Bowl?

Foles dominated the Vikings in ways which simply didn’t resemble the player we had seen over his seven previous 2017 appearances.

Everything that had given Foles problems before the NFC title game suddenly didn’t bother him, as we can see from his passer rating in several splits before the Vikings game and during the contest: