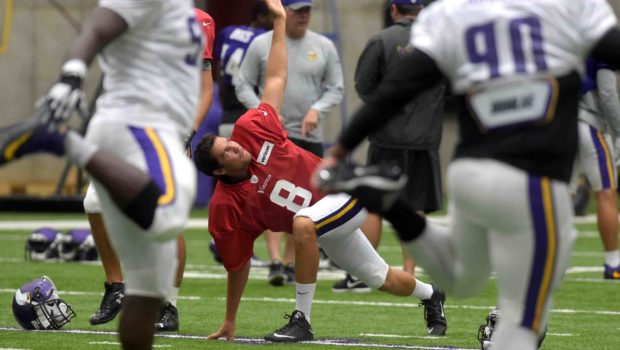 Look who is being tapped by the Minnesota Vikings as the starting quarterback in this Sunday’s Packers game?

A week ago, Minnesota Vikings coach Mike Zimmer told his team Shaun Hill would be the starting quarterback for their opener.

So the Vikings coach is playing his cards close to the vest this week. Zimmer has not announced whether Hill or Sam Bradford, whom the Vikings traded a first-round pick and more to acquire before the season, will start Sunday night against the Green Bay Packers.

The news isn’t secret from every Vikings player, however.

Coach Mike McCarthy said the Packers will prepare for the possibility of either quarterback starting for the Vikings, but he expects Bradford “probably” will get the call. At least that seems to be what he heard.