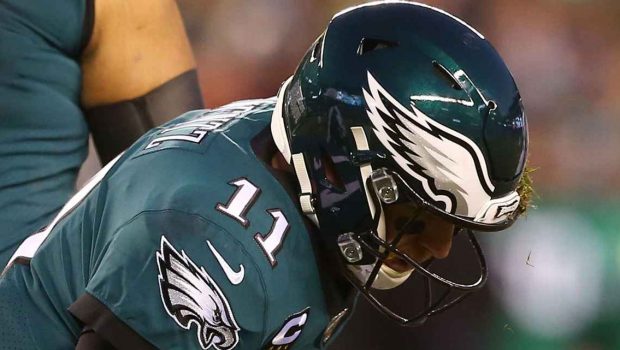 CAN EAGLES CARSON WENTZ FINISH WHAT HE STARTS IN 2020?

Quarterback Carson Wentz actually played all 16 games last season, but was then knocked from the playoff loss to the Seahawks with a concussion.

That means he technically hasn’t finished the past three seasons.

That’s not a good look.

When he’s on the field, he’s been good for the Eagles.

He led them to the playoffs last season despite having a ton of injuries around him on offense.

This is a big year for Wentz to show he is capable of playing and finishing an entire season.