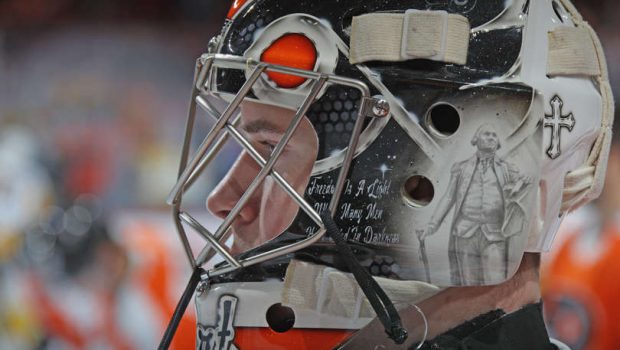 CAN CARTER HART LIFT THE FLYERS OFF THE NHL TRASH HEAP?

Asks the Last Word on Hockey:

After a solid 2017-18 season where they finished third in the Metro Division and made the playoffs, things didn’t go quite as well in 2018-19 for the Flyers.

The main story was goaltending, as the team set an NHL record by using eight different goalies in the same season.

That wasn’t the only problem though, as the team also lacked an effective second-line centre. They also didn’t get as much offense as they expected from defensemen Ivan Provorov and Shayne Gostisbehere. Add it all up and a team that looked talented on paper ended up missing the playoffs.

The disappointing season led to changes. Over the course of the year, general manager Ron Hextall and head coach Dave Hakstol were let go. Next season the team will be led by Chuck Fletcher and Alain Vigneault. A number of moves have also been made this off-season. Radko Gudas was swapped for Matt Niskanen. The team bought outAndrew MacDonald. They spent big on centre Kevin Hayes and traded for defenceman Justin Braun. They also moved Ryan Hartman for Tyler Pitlick. Overall, it was one of the busier off-seasons in the NHL as Fletcher put his stamp on the team.