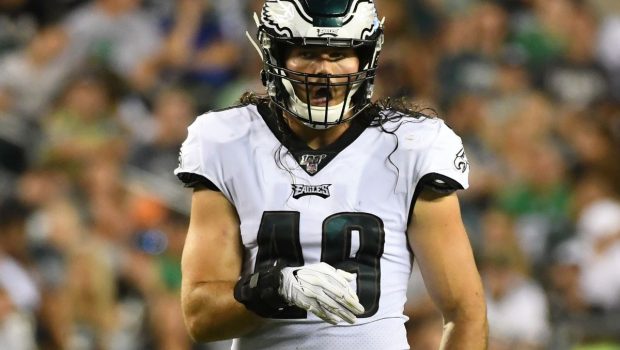 CAN ALEX SINGLETON STOP THE EAGLES’ BLEEDING AT LINEBACKER?

The Eagles promoted linebacker Alex Singleton from the practice squad to the active roster, hoping he can strengthen this group which has underperformed for the first six games.

There were two open spots following the release of linebacker Zach Brown and cornerback Ryan Lewis on Monday.

Before signing a reserve/futures contract with the Eagles this past January, the 25-year-old was one of the stars of the Canadian Football League

In three seasons up north, Singleton won a Grey Cup, was named the CFL’s Defensive Player of the Year, and twice earned all-star honors with the Calgary Stampeders.