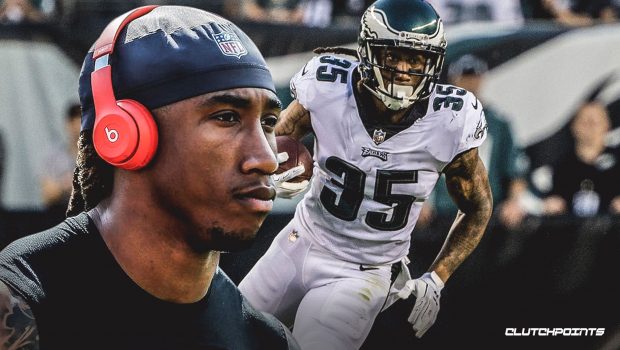 AS EAGLES CAMP OPENS, RONALD DARBY WILL BE ON PUP LIST!

Eagles cornerback Ronald Darby will begin training camp on the physically unable to perform list as he recovers from a torn ACL, according to Ian Rapoport of NFL Network.

Darby, who signed a one-year deal to remain with the Eagles in March, played in just nine games this past year before going down with the injury, totaling 43 tackles, an interception and 12 passes defended while he was on the field

The 25-year-old, who played his collegiate football at Florida State, was originally selected by the Buffalo Bills in the second round (50th pick overall) of the 2015 NFL Draft.

He went on to appear in 15 contests during his rookie year, finishing with 68 tackles, a couple of picks and 21 passes defended. Darby then proceeded to participate in 14 games the following season, registering 69 tackles and 12 passes defended.

The Bills would go on to trade Darby to the Eagles that ensuing offseason, receiving wide receiver Jordan Matthews and a third-round draft pick in return.

Darby was only able to play in eight games during his first season in Philly, as a dislocated ankle knocked him out for an extended period of time. He ended up recording 34 tackles, three interceptions and nine passes defended.