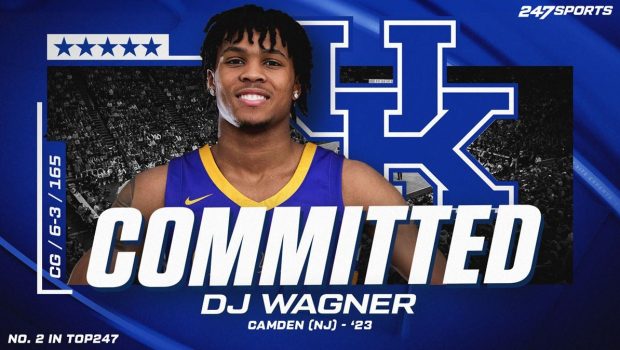 A 6-3 guard from Camden High, DJ Wagner has been considered the best prospect in the 2023 class since early in his high school career.

He averaged 18.8 points and 4.9 assists on the Nike EYBL circuit with the NJ Scholars grassroots program last spring and summer, including nine 20-point efforts in 18 games.

The Wildcats now have the #1 recruiting class in the country pic.twitter.com/DYVWG7vdAi