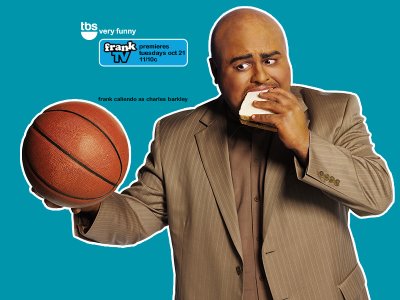 Nobody does a better impression of John Madden than Frank Caliendo.

So when the comic performs tonight at the Sands in Bethlehem, get ready for some sports commentary you won’t hear or see on CSN or ESPN.

And he has some biting commentary on Philly sports that he shared with the Allentown Morning Call:

” … Philadelphia is such an angry sports town,” he says. “The sports fans there never seem to be satisfied. There’s a lot to talk about when it comes to Philadelphia sports. How weird is that the Philadelphia Eagles signed Tim Tebow on April 20 [Hitler’s birthday and the date known as marijuana Christmas]. That’s too strange but it’s fitting.”

Caliendo, who is a Milwaukee Bucks fan, isn’t certain what Sixers general manager Sam Hinkie is doing by tanking. “It’s very strange to me,” Caliendo says. “If you’re in the middle of the season and you’re at rock bottom, yeah, why not just tank? But how do you prepare to tank months before a season begins? To me it just shows you don’t know how to pick players.

“I was at the first game of the NBA season and the Sixers were playing the Bucks in Milwaukee. They two teams were basically in the same position last season. The Bucks went for it and are now in the playoffs with Michael Carter Williams [who was traded to Milwaukee]. Thank you, Sixers.”

There’s a certain prominent Philadelphia coach who has asked Caliendo not to impersonate him just yet. “I ran into Chip Kelly at the Super Bowl and he said that I shouldn’t do him until he wins a Super Bowl with the Eagles,” Caliendo says. “Fair enough.”

John Madden won a Super Bowl with the Oakland Raiders but the former Monday Night Football analyst never was a Caliendo fan until recently.

“John Madden didn’t like me, and it was a big deal for years,” Caliendo says. “I met him at the Super Bowl a little while back and everything changed when I made his grandchildren laugh. I said, ‘I’m the guy who talks like your grandfather. You know if you don’t eat your dinner, boom, you can’t have dessert.’ His grandchildren laughed and then a light bulb went up over Madden’s head. ‘Oh yeah, I get it now. This stuff is funny.’ But after all of that time not liking what I do, he’s fine with it now. But there are guys that don’t appreciate what I do.”

A former Philadelphia sports figure loves it when Caliendo makes fun of him at his expense. “That’s Charles Barkley,” Caliendo says. “He says, ‘Frank, keep doing me. Every time you do me I make more money.’ But Barkley is the exception in the world of sports. He jokes about people. They joke about him. He has a great sense of humor. You just don’t run into that a lot in sports. It’s a cutthroat world. Everyone is about getting to the next level.”