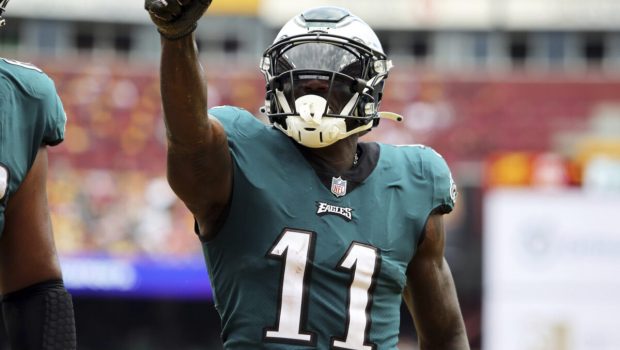 A.J. Brown will face his former team for the first time after last spring’s draft-day trade that brought the star receiver to Philly following three standout seasons in Tennessee.

The Eagles traded the No. 18 overall pick and a third-rounder to the Titans, then signed him to a four-year deal with $57 million guaranteed.

With good friend Jalen Hurts throwing him passes, Brown has caught 53 balls for team-best totals of 831 yards, seven TDs and 15.7 yards per catch. He struggled through an illness against the Packers but was feeling better when the Eagles returned to practice on Wednesday.

Brown caught a TD against Green Bay but dropped a pass and lost a fumble for the second straight game.