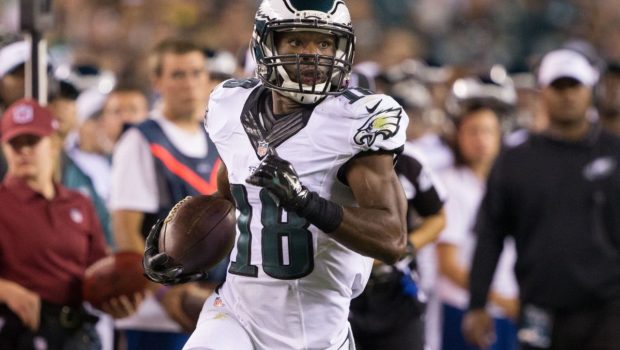 With rookie minicamp starting tonight, the Eagles are starting to pare down their roster.

Bailey emerged as a preseason standout for the Birds in 2015 after signing with the team as an undrafted rookie but failed to make the team after his string of impressive exhibitions.

He’s spent time with the Jaguars and Chargers since but has yet to make a 53-man NFL roster.

The Eagles’ roster is now down to 79 players, including their eight draft picks. That leaves the team with 11 open spots to use on undrafted free agents, and the Eagles will announce those additions sometime before rookie minicamp opens in earnest tomorrow.

A graduate of Roxborough High School, Bailey racked up a school record 3,138 receiving yards during his time at Delaware Valley.