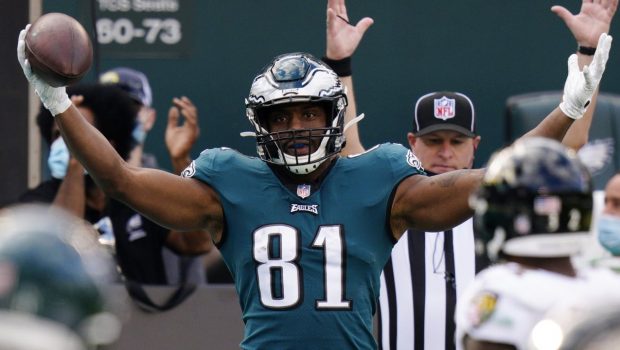 BYE-BOUND EAGLES BACK AT NOVACARE TODAY: NOT JASON CROOM!

The Eagles looked as bad as you can in beating the Cowboys Sunday night.

So, even though they have a bye next Sunday, coach Doug Pederson is bringing their tired asses back today for a NovaCare session.

One bird who won’t be there is tight end Jason Croom, who was waived yesterday.

Croom was signed by the Eagles to their practice squad on September 29. He was elevated twice from the practice squad ahead of the Steelers and Ravens games, catching a touchdown against Baltimore. He was signed to the active roster on October 21 and played 10 more snaps on offense in the wins over the the Giants and Cowboys.