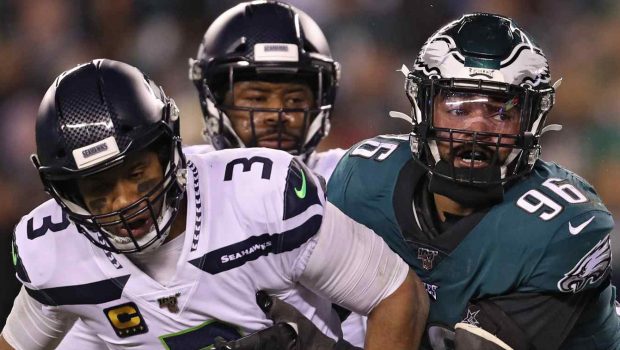 The Eagles might be surprise sellers at Tuesday’s NFL trade deadline, according to multiple reports.

Alshon Jeffery, Fletcher Cox, Zach Ertz, Brandon Graham, Will Parks have all been mentioned as moveable assets ahead of Nov 3.

Here’s one more to add to that high-profile list: Derek Barnett, the former first-round pick (14th overall) out of Tennessee.

The Birds picked up the fifth-year option on his rookie contract this past offseason, but it doesn’t bind them to the player. Barnett is set to make roughly $10 million in 2021, per Spotrac, and carries a $4.1 million cap hit this year. The 24-year-old has 3.5 sacks in six games this season and 17.5 career sacks in four injury-plagued years in Philly.

RUMORS : There’s been trade interest from multiple teams in #Eagles pass rusher Derek Barnett, per Adam Caplan. Barnett was a first round pick in 2017.