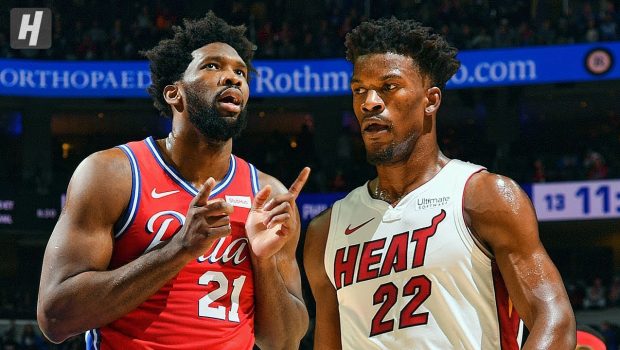 Ex-Sixer Jimmy Butler is a master at burning bridges.

He forced his way out of Minnesota with a practice tirade that targeted his Timberwolves teammates for their work ethic.

The four-time All-Star told Yahoo Sports’ yesterday that some of his teammates in Philly also fell short of his work ethic during his brief stint with the Sixers last season.

Maybe that’s why he signed a buck-bucks deal in Miami.

“No,” Butler said when asked if his 76ers teammates worked as hard as him. “But everybody don’t do that. Everybody don’t work like that.”

Contrary to the image that came attached to his rant that called out Karl-Anthony Towns and Andrew Wiggins in 2018, Butler presented a nuanced approach to how his Sixers teammates worked at the game of basketball.

“That’s just what it is,” Butler said. “I’ve learned that over the years. Is there something wrong with that? No. There’s not.”