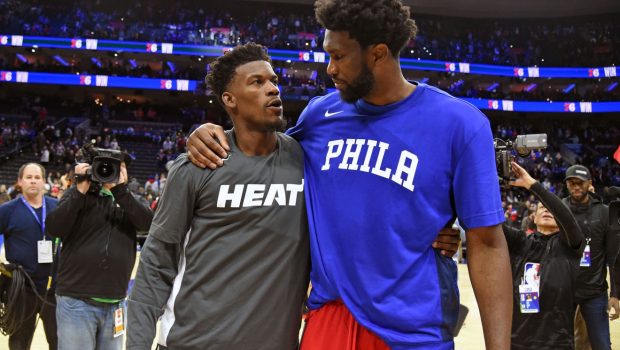 BUTLER CARRIES HEAT PAST THE BUCKS, AND SIXERS JOJO NOTICED!

Jimmy Butler put the Miami Heat on his back for a 115-104 victory over the top-seeded Milwaukee Bucks in Game 1 of their Eastern Conference semifinal series in Orlando.

Butler finished with a game-high 40 points, and was a force down the stretch, scoring 15 points in the fourth quarter against a Bucks defense that had no answers for his ability to get big buckets.

Butler spent most of last season with the Sixers before leaving in the offseason to join the Heat in a sign-and-trade deal.

The 76ers, who were without their other All-Star, Ben Simmons, were swept in the first round by the Boston Celtics.