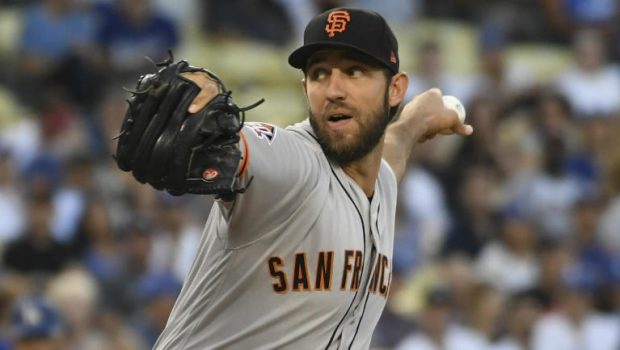 BUMGARNER WANTS PHILLIES (AMONG OTHERS): DO THEY WANT HIM?

With the Phillies always in the market for pitching help, the Giants’ Madison Bumgarner has put them on his list of the Final Eight!

The Giants are in last place in the NL West and the July 31 trade deadline is on the horizon, so the veteran lefty and soon-to-be free agent Madison Bumgarner submitted his eight-team no-trade list. Per The Athletic’s Ken Rosenthal, Bumgarner’s strategica

Bumgarner, 29, entered Sunday afternoon’s start against the Reds with a 3.99 ERA and a 51/8 K/BB ratio in 49 2/3 innings. The lefty’s peripherals had been trending in the wrong direction in recent seasons, but his 25.1 percent strikeout rate so far this season would be his highest since 2016. His 3.9 percent walk rate would be a career-low if the season were to end today. Bumgarner has a lot of innings under his belt with his 30th birthday coming up in August, but there’s reason to think he has plenty left in the tank. Contending teams, on the list or not, should be very interested in acquiring his services.