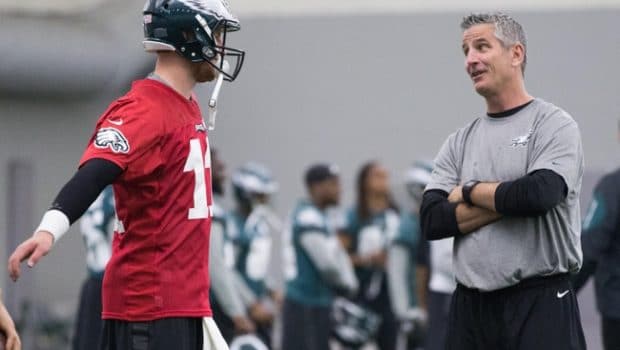 The Buffalo Bills have contacted the Eagles about the possibility of bringing offensive coordinator Frank Reich in for an interview for their head coaching position, according to the Buffalo News.

It is unknown whether they have submitted a formal request to the Birds for permission. Reich was a quarterback for the Bills from 1985 to 1994.

The Bills interviewed Reich in January of 2015 before hiring Rex Ryan, whom they fired last week after only 31 regular-season games.

They have also received permission from the Carolina Panthers to interview their defensive coordinator, Sean McDermott, another former Eagles assistant, for the head-coaching job.