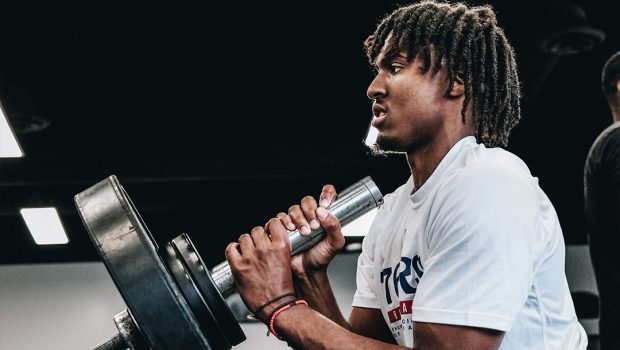 Day 1 of Sixers training camp is in the books, and all signs point to Tyrese Maxey as the starting point guard in place of holdout Ben Simmons.

“Shake more, Shake and Furk, and Georges at the 4, bringing the ball up was very effective for the second group,” Rivers told reporters yesterday. “That way, we don’t want that unit to feel like they have one guy as a pure point guard and it’s really the same with the first unit.”

Maxey ran with the first unit, and coach Doc Rivers wants Tobias Harris and Seth Curry to help push the ball in a way that Simmons used to do.

“Tyrese will bring it up a lot, but if Tobias gets it, I want him to break out with it,” Rivers continued. “If Seth gets it, I don’t want him to wait. Last year, Ben would more get it every time, because of his ability to get to the paint and make plays. This year, we’ll probably do something different.”

“That will be a key thing for me,” said Harris. “Whenever the ball flows around, it’s key for us and something we were progressing on today and we will continue to progress on just the ball movement and getting the ball side to side, making the game easier for everybody. I think you’re gonna see a continued effort from all the guys making that extra pass, the right play, and living with the results as well.”