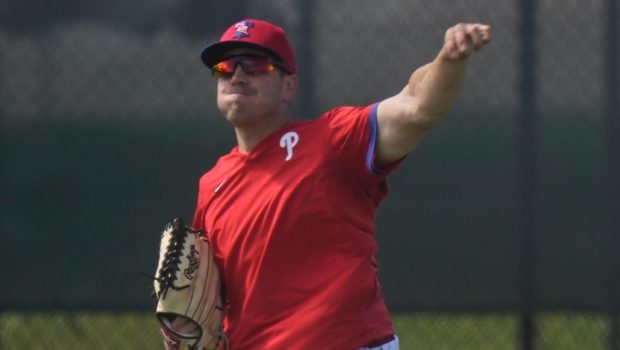 Adam Haseley added 15 pounds of mostly muscle, which came in handy in this opposite-field leadoff home run in the first inning of the Phillies’ 10-2 loss to the Tigers during yesterday’s Grapefruit League opener.

He improved his mindset, which he’ll need to edge out Roman Quinn, Scott Kingery and possibly Odúbel Herrera for the job opening in center field.