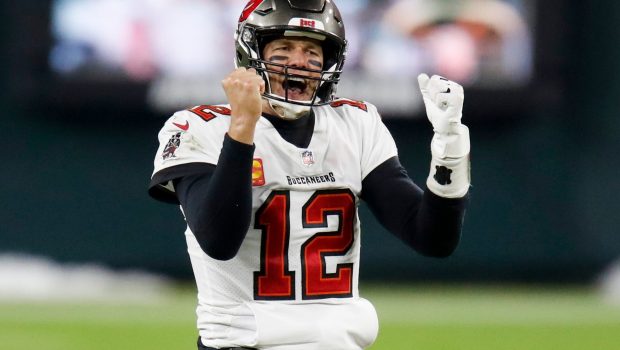 BUCS TOM BRADY ON HIS WAY TO $9M BONUS INCENTIVES!

You would think the gods have smiled enough on Tom Brady.

He is the Greatest of All Time among quarterbacks in the NFL, with six Super Bowl rings.

He’s married to the gorgeous Gisele.

He has movie star looks and a boatload on cash.

And now, thanks to yesterday’s Tampa Bay Buccaneers’ NFC title game win over the Green Bay Packers, he’s on his way to $9 million more in incentives.

When the 43-year-old quarterback chose to join the Buccaneers in NFL free agency last March, he signed a two-year contract that included $50 million guaranteed.

The deal also reportedly included another $9 million in incentives.

According to ESPN’s Adam Schefter, Brady has earned $1.75 million in incentives through three playoff games, including $500,000 for helping the Buccaneers win the NFC title yesterday.

According to Schefter, Brady already earned “$1.25 million in incentives during Tampa Bay’s postseason run — $500,000 for making it to the playoffs, $250,000 for the Bucs’ wild-card win at Washington, and another $500,000 for last Sunday’s divisional playoff win against the New Orleans Saints, according to the source.”

Brady will get another $500,000 if the Buccaneers win Super Bowl LV, per Schefter. The big game will be played Sunday, Feb. 7 in the Bucs’ home venue of Raymond James Stadium in Tampa Bay.