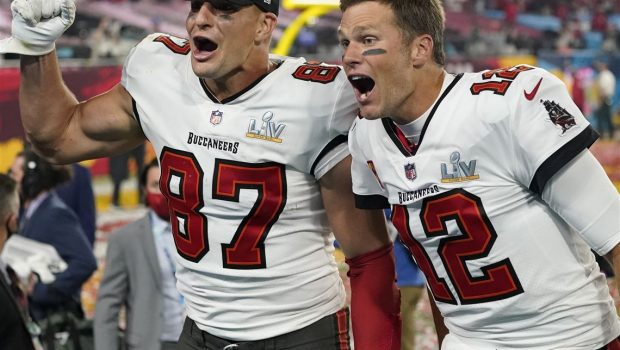 BUCS BRADY AND GRONK NOW HAVE 4 SUPE RINGS TOGETHER!

Tom Brady’s performance at age 43 was nearly flawless, and the suffocating pressure of Todd Bowles’ defense was a perfect compliment to the offense’s effort.

BRADY TO GRONK IN THE #SUPERBOWL

The future Pro Football Hall of Fame quarterback completed 21 of 29 passes for 201 yards and three touchdowns, including a pair to his long-time favorite target in tight end Rob Gronkowski and another to wide receiver Antonio Brown. He calmly distributed the ball to his cadre of pass catchers and was especially successful over the middle. Brady and Gronk now have 14 postseason scoring connections in their legendary careers.