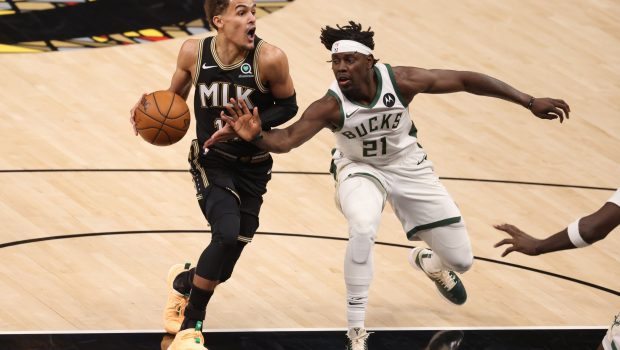 The Milwaukee Bucks advanced to their first NBA Finals since 1974 by defeating the Atlanta Hawks, 118-107, in game 6 of the Eastern Conference finals.

They will face the Phoenix Suns in the Finals starting Tuesday.

They were without Giannis Antetokounmpo, their best player, who had injured his left knee in Game 4, appearing to deal a significant blow to the Bucks’ chances of winning the series.

Instead, the Bucks leaned forward Khris Middleton, who scored 23 of his 32 points in the third quarter, and guard Jrue Holiday, who added 27.

The Hawks’ best player, Trae Young, who had missed Games 4 and 5 because of a bone bruise in his right foot, struggled in the loss after being a game-time decision on Saturday. Young shot only 4 for 17 from the field and missed all six of his 3-pointers. He finished with 14 points.