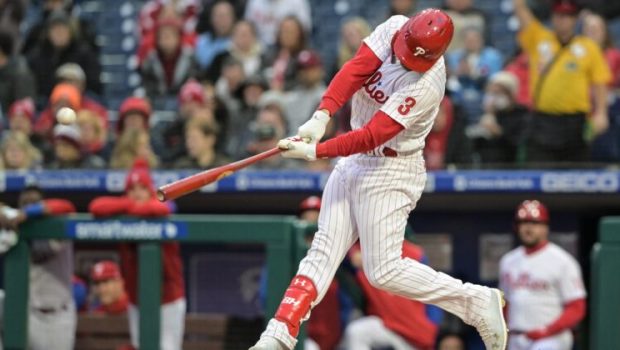 Phillies’ slugger Bryce Harper will take batting practice today at CBP for the first time since fracturing his thumb in June, according to manager Rob Thomson.

Harper, the defending NL MVP, was dealing with torn UCL before that thumb issue, which had limited him to DH duties only.

Though it was hoped the downtime from the thumb issue might lead to improvement in the elbow, that doesn’t seem to be the case, with the club just focusing on getting Harper’s bat back into the lineup for now.

Getting him back to the Phils would obviously provide a huge boost down the stretch, as the club looks to battle its way through a tough postseason race with less than two months now remaining on the schedule.