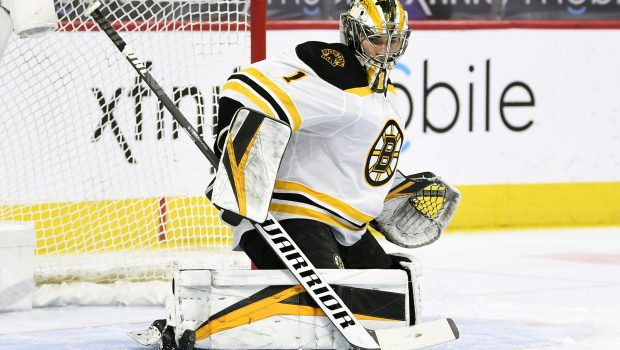 BRUINS 22YO SWAYMAN SHOWS FLYERS 22YO HART HOW IT’S DONE!

Jeremy Swayman made 40 saves in his NHL debut as the Boston Bruins outlasted the Flyers, 4-2.

The Flyers Carter Hart, who has been ineffective for more than a month, did not break out of his slump in goal, getting outplayed by Swayman.

Swayman, 22, was called up Monday, and became the fourth goalie to play for the Bruins this season.

“What an incredible experience,” Swayman said. “To get a win here in Philly, it means everything.”

The Flyers tested Swayman with 25 shots in the second period, including a Scott Laughton breakaway that he calmly stopped. Swayman, a Hobey Baker finalist last season as best player in college hockey at the University of Maine, only had to make four saves in the third period.

Covered at both ends of the ice.@JeremySwayman | PB37 | @Xfinity pic.twitter.com/HXBN6Qb1RI