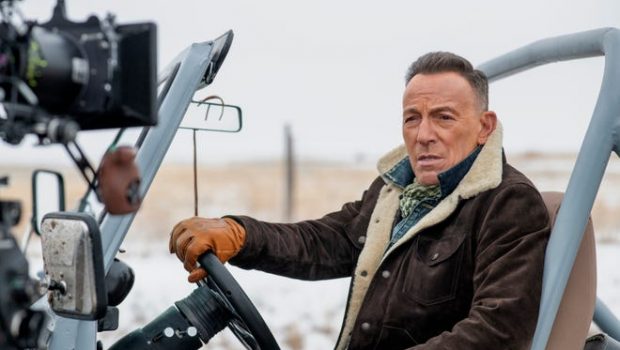 The commercial was shot partly at a chapel in Lebanon, Kan. — the geographical midpoint of the contiguous United States. “We just have to remember the very soil we stand on is common ground,” Springsteen says in the ad.

Jeep got the Boss to say yes after a long pursuit. Olivier François, the chief marketing officer for Jeep’s parent company, Stellantis, said he was “naïve” when he first approached Jon Landau, Springsteen’s longtime manager, a decade ago.

“I wasn’t aware of the one thing that all of America was totally aware of, which is that Bruce Springsteen doesn’t do commercials,” Mr. François said.

He said he would “respectfully pitch” Mr. Landau over “many drinks and dinners” in the following years, knowing that Mr. Springsteen’s participation in an ad was “obviously, a very long shot.”

When François received the script for an early version of the Super Bowl ad, he sent it to Landau. Within 24 hours, he had a virtual handshake deal with Springsteen, who joins Bill Murray, the star of last year’s Super Bowl commercial from the same company, as a Jeep pitchman.

Companies paid roughly $5.5 million for each 30-second slot this year, an expensive marketing gamble. Mr. François said that, because of the high cost, “the only way to make a return on investment is to make the ad last.”