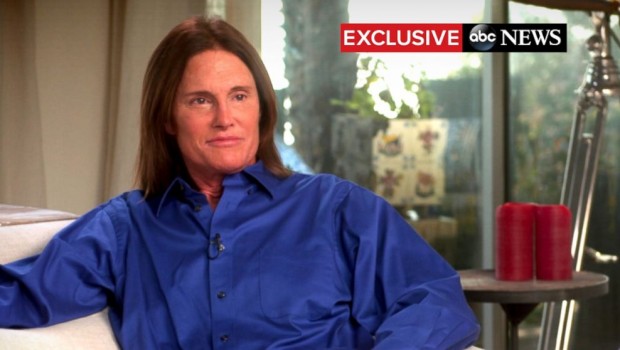 BRUCE JENNER AS A WOMAN: NO LONGER ‘LIVING LIE ABOUT WHO HE IS’

Olympic decathlete and 1976 gold medalist Bruce Jenner came out as transgender tonight in an ABC interview with Diane Sawyer, explaining that Jenner “lived a lie his whole life about who he is,” and that at the age of 65 is ready to publicly acknowledge the former Wheaties box star has, for a whole life, identified as female.

Jenner was the AP athlete of the year in 1976, a year in which the U.S. Olympian set the world record in decathlon in Montreal (left). One of the greatest athletes in world history, Jenner entered a new phase upon marrying the former Kris Kardashian and entering into a reality television family. Jenner becomes the most high-profile and successful athlete ever to come out as transgender.

“My whole life has been getting me ready for this; it’s not just the last few years, as they’ve been treating me as a joke,” Jenner told Sawyer. The ABC program announced it would be the final time Jenner appeared on television as Bruce.

The list of transgender athletes is small. Jenner’s fame and accomplishments cast a very dark shadow on those that came before him; at the same time, Jenner’s very public outing may serve as a beacon light of hope to not only transgender athletes but the transgender community as a whole to be public and comfortable in who they are.

“I’ve always been heterosexual,” Jenner told Sawyer, “I’ve never been with a guy.” “I wasn’t as fair as I should have been,” Jenner stated about his previous marriages. The ABC program stated Jenner started transitioning 25 years ago with hormones.

When asked why Jenner did the Kardashians reality show, he responded “The one real, true story in the family was the one hiding and nobody knew about it. The one thing that could really make a difference in people’s lives was here in my soul, and I couldn’t tell anybody.”

Jenner says Kim Kardashian has been the most accepting of the clan to his identity:

Bruce Jenner: Kim told me a story. She goes, “you know what really turned me around on thinking about this?” I said, “what?” She goes, “Kanye.” I went, oh, okay. They were talking about it. And he says to Kim, “Look, I can be married to the most beautiful woman in the world. And I am. I can have the most beautiful little daughter in the world. I have that. But I’m nothing if I can’t be me. If I can’t be true to myself. They don’t mean anything.”

BJ: From Kanye. Yeah, yeah. And since then, Kimberly has Been by far the most accepting. And the easiest to talk to about it.