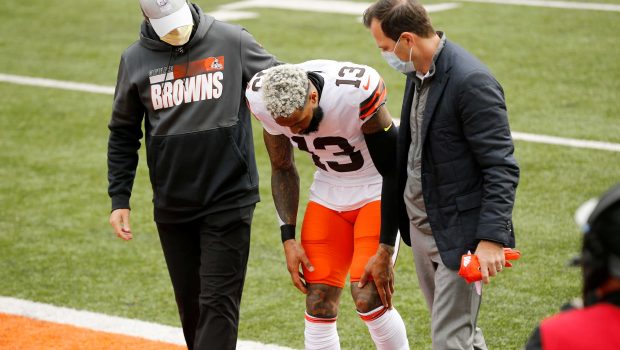 BROWNS OBJ GONE WITH ACL: EAGLES NOW HAVE A SHOT ON NOV. 22!

All of a sudden, the Eagles game at Cleveland on Nov. 22 just got a lot more winnable.

Odell Beckham Jr., the Browns star wide receiver, suffered a torn ACL in his left knee Sunday, underwent an MRI yesterday and is out for the season.

He was injured on the Browns’ second snap Sunday while attempting to chase down a Cincinnati Bengals defender following a Baker Mayfield interception.

Beckham Jr. played 43 out of a possible 48 games in his first three NFL seasons. But with his torn ACL costing him the rest of this year, Beckham will have played only 39 out of 64 games over the past four seasons.

“You never replace a player of Odell’s caliber with one player. It’s going to take multiple guys,” Stefanski added. “That’s the challenge we have and I think our guys will be up to the challenge.”