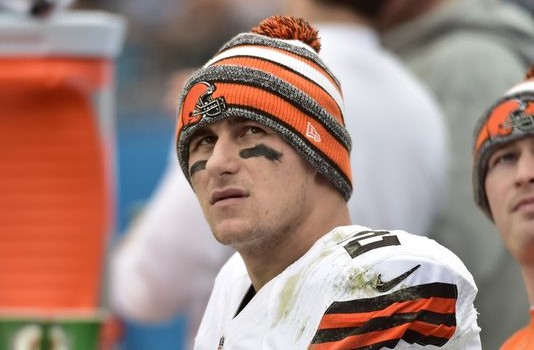 Johnny Football is quickly becoming the Tim Tebow of 2016.

The Cleveland Browns released a statement today from new director of football operations Sashi Brown that expressed disappointment in Johhny Manziel but stopped short of saying the quarterback’s run in Cleveland is over.

“We’ve been clear about expectations for our players on and off the field. Johnny’s continual involvement in incidents that run counter to those expectations undermines the hard work of his teammates and the reputation of our organization,” Brown said. “His status with our team will be addressed when permitted by league rules. We will have no further comment at this time.”

The reference to league rules points to the fact that the Browns do not have the salary cap space to release Manziel on Feb. 8, the day after the Super Bowl and the first day they can do so. The move will take place when the new NFL year starts March 9, according to the source. Releasing Manziel in February would count $4.6 million against the cap, and due to the cap’s machinations, the Browns do not have that space — and will not have it in February. The cap will increase in March, which will allow them to release Manziel then.