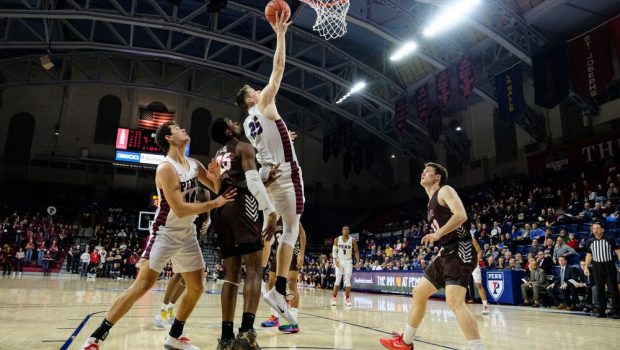 After leading for more than 15 minutes during the first HALF and by as many as 11 points at one point, Penn was outscored, 46-28, in the second half.

“Our struggles on offense in the second half were as bad as we have played in a long time. Give Brown credit, they played with great energy. I thought their depth was a factor. We just didn’t play an intelligent game on defense,” coach Steve Donahue said.

The Quakers led the Bears by a score of 35-29 at the half, but with 17 minutes left in the second half, Brown took a lead in the midst of a 28-4 run, a lead that it would keep until the final buzzer.