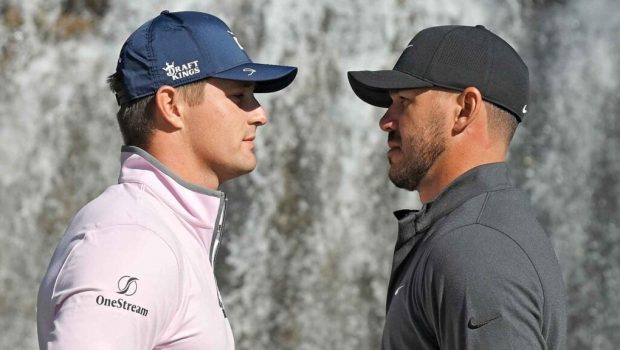 Koepka rolled his rival in a 4-and-3 victory in a 12-hole match at the Wynn Golf Club in Las Vegas.

Koepka, a four-time major winner, had four birdies in the match for charity, while DeChambeau didn’t have any.

“Not going to lie, I just wanted to spank you,” Koepka told DeChambeau, shortly before winning the match.

The result was a bit surprising, as Koepka hadn’t played particularly well since helping the U.S. team win the Ryder Cup at Whistling Straits in September. He battled knee and wrist injuries this past season, then missed the cut in each of his last two starts and fell to No. 16 in the Official World Golf Ranking.

DeChambeau hasn’t made a start on tour since the Ryder Cup, and spent much of his time preparing for a long-driving contest.

“I haven’t played in two months,” DeChambeau told TNT. “No excuses, though. I should have done better.”