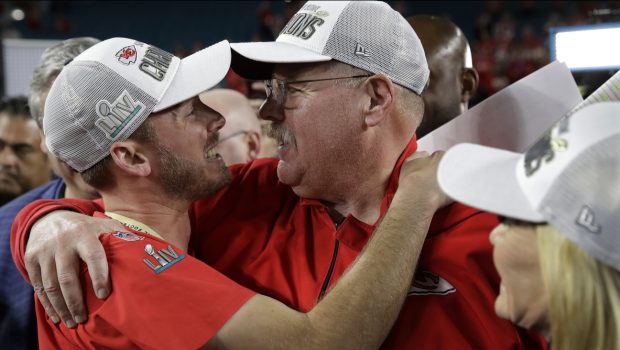 The charge stems from a Feb. 4 incident. Reid is alleged to have been driving drunk when he hit two cars that were stopped on the side of an entrance ramp to Interstate 435. The wreck left a 5-year-old girl with a traumatic brain injury, and injured another child.

If convicted of the Class D felony, Reid, 36, could be sentenced to up to seven years in prison. He is a son of Chiefs coach Andy Reid, who hired him to coach linebackers.

Charges were filed April 12. He entered a not guilty plea.

Kansas City prosecutors say Reid had a blood alcohol concentration of 0.113 based on a sample taken two hours after he barreled into two vehicles on I-435. Reid was driving 83.9 miles per hour — in a posted 65 mph zone — 1.9 seconds before slamming into the vehicles, per the probable cause statement form made public earlier this year.

Reid suffered blunt force trauma to his groin in the accident, requiring emergency surgery, per the filing.

He initially was placed on administrative leave by the Chiefs before the organization decided against renewing his contract.