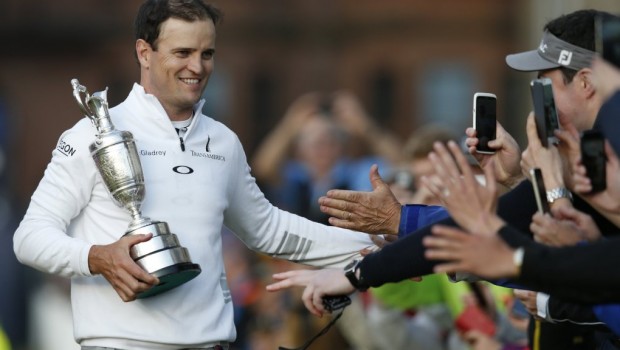 A BRITISH OPEN FOR THE AGES: USA’S ZACH JOHNSON WINS IN OT!

Jordan Spieth, golf’s sudden star at 21, came to Scotland having won the Masters and the United States Open, and the possibility of his claiming the third leg of the Grand Slam was tantalizing.

Yet in the end, Spieth came up one shot shy of Zach Johnson, who blistered the ancient links for a 66 to finish at 15 under par before coolly winning a three-man playoff over Marc Leishman and Louis Oosthuizen to claim the second major of his career.