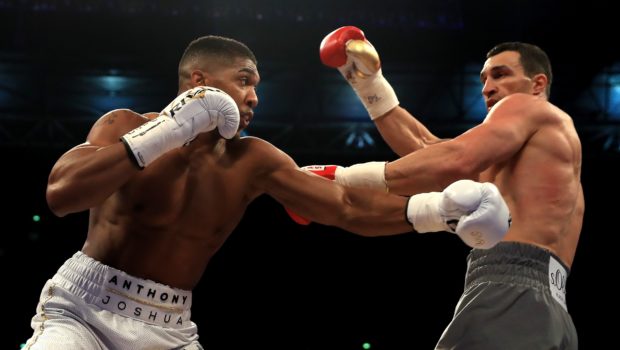 BRITAIN’S ANDREW JOSHUA IS THE BRIGHTEST NEW STAR IN BOXING!

Joshua (left against Wladimir Klitschko last Saturday) vs. Tyson Fury would be, probably, the biggest boxing match in British history: a surefire spectacle, even if it ended up being a rout or a bore or a fiasco or a much hyped, repeatedly postponed match that never actually happened.

Boxing fans would not be surprised by any of those scenarios. Boxing fans were probably more surprised, in fact, by what happened last Saturday night, when a heavyweight championship fight was as great as it was supposed to be, and when it was possible to believe, at least for an hour or so, that Fury had been wrong, and that boxing was the greatest sport in the world—or, at the very least, not a pile of shit: