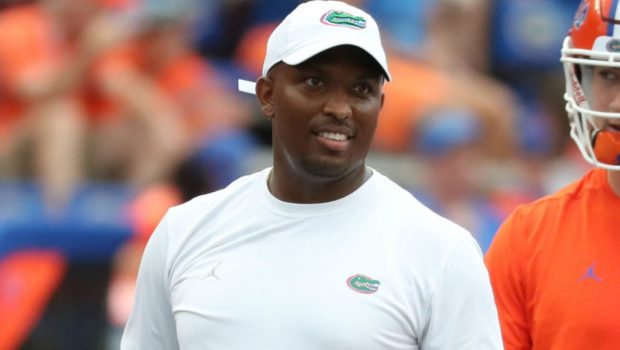 Johnson, 33, is one of the most promising young coaches in college football, and he’s interviewed for jobs South Carolina and Boise State in recent weeks.

The Eagles have both struggling veteran Carson Wentz and Jalen Hurts, who is entering his second year in the NFL after showing flashes of promise as a rookie.

Johnson’s college coaching experience included four seasons as an assistant at Utah, three seasons under Dan Mullen at Mississippi State and one season as the offensive coordinator and play-caller at Houston with Major Applewhite.

Johnson spent two years as Florida’s quarterback coach in 2018 and 2019, which reunited him with Mullen, who recruited him to play at Utah while an assistant for Urban Meyer.

In 2020, Johnson was promoted to offensive coordinator at Florida and Trask emerged as one of the country’s most prolific quarterbacks. Trask finished with 43 touchdowns, eight interceptions and completed nearly 69% of his passes.

Prescott had one of the best seasons in Mississippi State history under Johnson, as he was All-SEC and threw for 3,449 yards and 27 touchdowns.

Johnson’s career included leading the undefeated 2008 Utah team to a No. 2 ranking, which was capped by a 31-17 drubbing of Alabama in the Sugar Bowl.