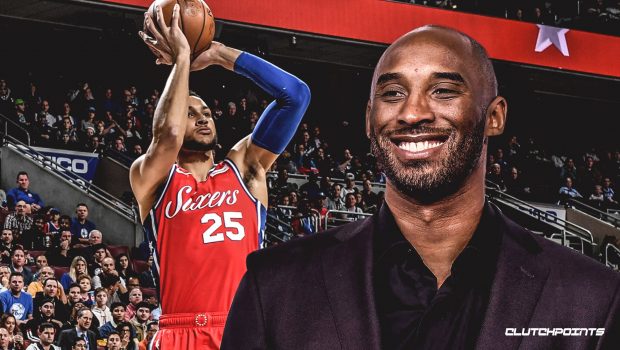 You can always count on Kobe Bryant, who was born in Lower Merion but seemingly hates Philly, to weigh in with conventional wisdom.

In an interview with the Melbourne Herald Sun, Kobe Bryant says Sixers star Ben Simmons needs to get a jump shot:

“It sounds stupid and all that but I’m dead ass serious.

“Because if not, he will regret it when his career is over.’’

Simmons has been nothing short of fantastic in his two NBA seasons in Philly. He won Rookie of the Year in 2017-18 and made his first All-Star appearance this season.

He has also made a total of zero career 3-pointers in the NBA. The 22-year-old is 0-for-15 from 3-point range in his career (0-for-4 this season). It’s not only 3s, but he hesitates to take many shots outside of the paint.

This has led to opponents sagging way off Simmons and leaving him alone outside. Defenders will stand at the foul line, basically daring Simmons to take a 3 or even a long 2-point jumper. He rarely does, and when those rare occasions do come about, he never seems to capitalize.

Now, look at Simmons’ overall numbers again. He does all that without a shot. He does that while defenses guard him knowing his only real move is to drive. If he could add a shot to his repertoire, it would make defenses revise their game plans and would make him that much more dangerous offensively.