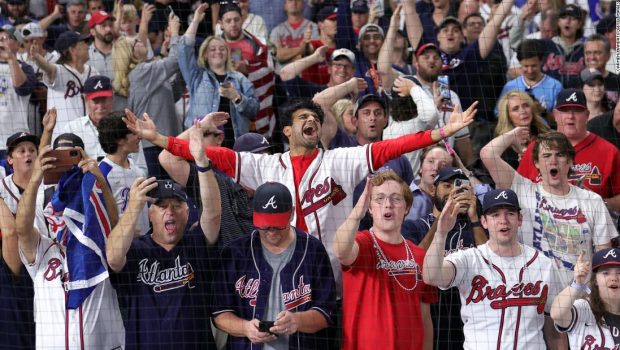 The Braves throttled the Houston Astros 7-0, the first shutout in a clinching World Series game since 2005 and the final notes of a bravura second-half performance from a team that won fewer games than any other team in the postseason.

Jorge Soler hit the decisive homer, but this was a full-team performance.