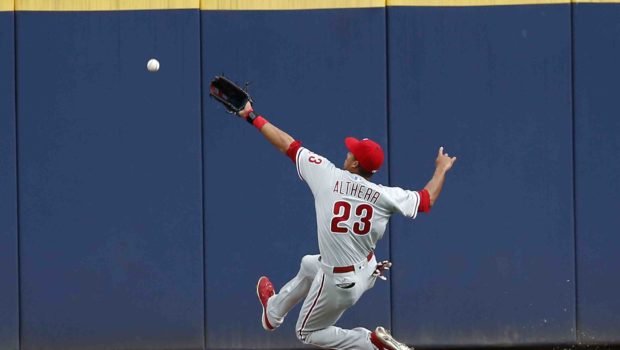 The Phillies had won each of the past five games played against the Braves.

“[Velasquez] was tough, and our guys hung in there pretty good against him,” Braves manager Brian Snitker said. “You’re not going to get a whole lot, and thank God we didn’t give up a whole lot. It was a good ballgame.”

Velasquez escaped multiple threats as he surrendered two earned runs and seven hits over six innings. The Dodgers and Rangers were among the teams that had scouts in the stands to watch the Phillies right-hander, who has allowed two earned runs or fewer in 12 of his 18 starts. Philadelphia’s only run was tallied in the third inning, when Cesar Hernandez scored from first base after Jace Peterson bobbledOdubel Herrera’s single in left field.

“Their guy was effectively wild, let’s put it that way,” Phillies manager Pete Mackanin said. “We had him on the ropes early.”