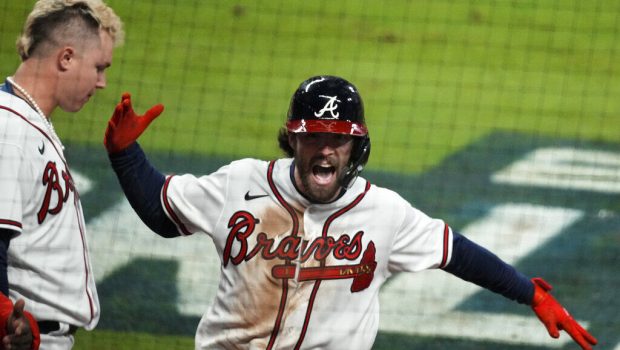 The Houston Astros have now left 11 runners on base in this World Series, and the Atlanta Braves rode back-to-back solo homers and amazing fielding by Eddie Rosario to catch, then pass, then hold off Houston, 3-2, and now Atlanta stands just one game from its second world championship.

The Braves and Astros had alternated victories to start the series, with Atlanta bringing a 2-1 lead. The odds appeared to line up in Houston’s favor — Atlanta planned for a patchwork bullpen game, while Houston would send potential Hall of Famer Zack Greinke out for another shot at a World Series ring.