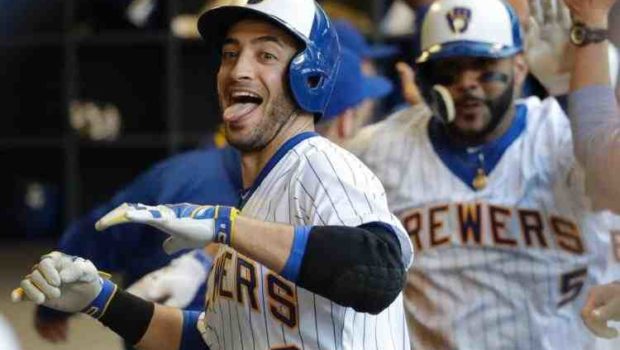 Ryan Braun homered twice and drove in five runs, and the visiting Brewers beat the Phillies 12-4.

Braun, who came in batting .229, hit a three-run shot off Vince Velasquez (4-7) in the first inning and a two-run blast off Mark Leiter Jr. in a six-run fourth that made it 11-0.

Braun, making only his eighth start in 13 games since returning from a back injury, is hitting .400 with 13 home runs and 39 RBI in 32 career games at Citizens Bank Park. It’s the highest batting average by any player with a minimum of 120 plate appearances in the ballpark’s history.

Christian Yelich also went deep and Lorenzo Cain added two hits and two RBI for the Brewers, who had 13 hits after totaling four runs in their previous three games.

Carlos Santana hit a solo homer and added a sacrifice fly and Jesmuel Valentin drove in his first major league run for the Phillies, who have dropped three straight and nine of 12.

Manager Gabe Kapler then drew mock cheers when he bounced out of the dugout to lift Velasquez, who was charged with 10 runs on nine hits.

“We thought maybe his mechanics were a little off in the first couple (of innings) and then something clicked,” Kapler said of his 1-2-3 third inning. “But then ultimately, you saw, the wheels fell off.”