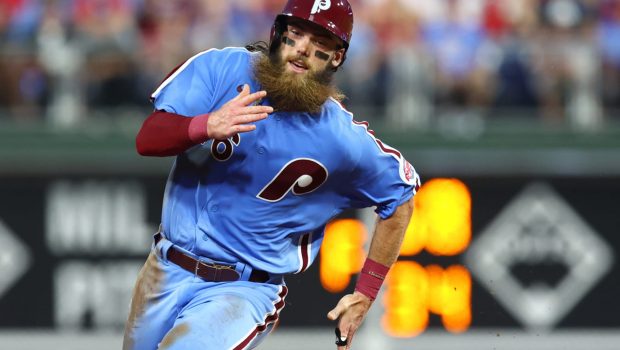 BRANDON MARSH BACK WITH PHILS TONIGHT FROM 10-DAY IL

The Phillies have activated outfielder Brandon Marsh from the 10-day injured list.

The 24-year-old outfielder, who was acquired from the Angels earlier this month at the trade deadline, has been out since August 16 when he sustained a left knee bone bruise and left ankle sprain on a leaping catch attempt.