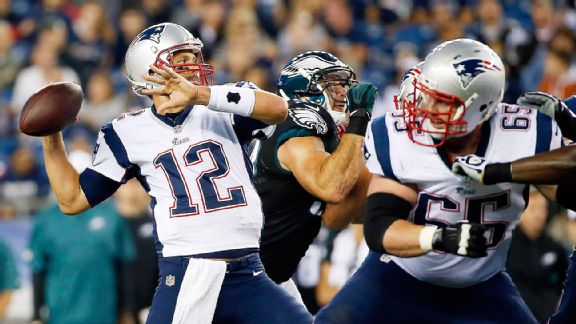 BRADY AND PATRIOTS SHOULD SHUT UP — THEY GOT OFF EASY!

Even with proof that they having been cheating NFL opponents the last number of years, Tom Brady and the New England Patriots continue to deny, and even want an apology from the committee that proved their guilt in “Deflategate.”

The pomposity that this football club continues to foist on the rest of the NFL, trying to get over on the league and the public one more time, is outrageous!!

One day after the ruling came down, NFL Network’s Charlie Casserly opined that the Patriots got off easy, as second-time offenders with “Spygate” being their original scandal in the last 10 years. Casserly was correct in his analysis.

Let’s remember, Brady lied to the independent investigators about even knowing the locker room attendants, which of course he did, then wouldn’t hand over his cell phone to investigators. Why not cooperate if you’re 100% innocent?

Besides Brady’s claim of liking the feel of a football underdeflated, other more damning facts have come out on the turnover ratio. The Patriots far and away lead over the rest of the NFL the last five years.

From 2010 to 2015, the Patriots have fumbled the ball once every 187 plays, easily tops in the league for that period of time. Conversely, the other 31 teams have an average of 105 plays for every fumble —a huge difference, even more significant when the turnover battle is the biggest stat in determining the winner of a football game.

Taking all these transgressions into consideration —Brady getting suspended for four games, Patriots fined $1 million and losing a No. 1 and No. 4 draft pick — I agree with Casserly, the Patriots got off easy.